Organ transplantation is replacing an organ or part of an organ from a donor that is no longer functioning or missing in the body. Organs to be used in organ transplantation can be taken from a living body or a cadaver. Organ donors may be patients or healthy individuals who are dependent on machines. Within 24 hours after the patient’s brain death, organs can be taken and used for transplantation. In addition, organs removed from the body for transplantation can be preserved for a long time under the necessary conditions and stored in tissue and organ banks. The period of preservation of organs in tissue and organ banks is generally about five years. Sensitive tissues such as the cornea can be protected for a shorter time.

Today, the number of organs and tissues that can be used for transplantation is increasing. Organs such as the heart, lung, kidney, liver, intestines, stomach, pancreas, testis, and penis can be transplanted. In addition, tissues such as the cornea, pieces of skin, bone marrow, blood vessels, heart valves, bone, and blood can also be transplanted. 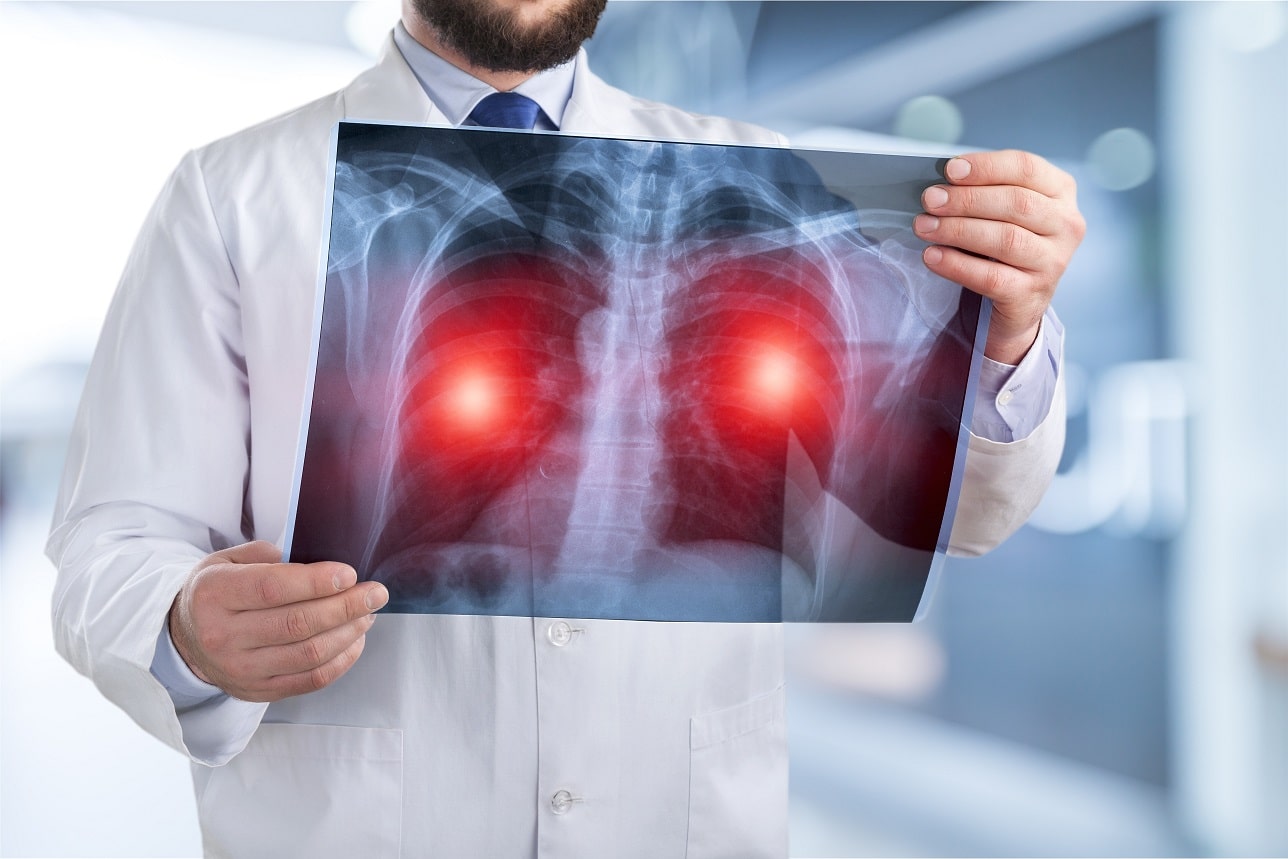 The lung is the respiratory organ of the body. Lung diseases cause problems in taking oxygen into the body and giving out carbon dioxide. Affecting lung functions can lead to vital problems for our body. Some of the conditions that cause loss of lung function are chronic obstructive pulmonary disease (COPD), pulmonary fibrosis, cystic fibrosis, pulmonary hypertension, and lung cancer. Respiratory distress seen in patients because of loss of lung functions can be eliminated with various treatment methods. Applications such as drug therapy, oxygen support therapy, chemotherapy, and radiotherapy for cancer patients are frequently used in the treatment of lung diseases. Lung transplantation is needed in patients whose adequate respiration cannot be achieved despite the treatment methods applied.

The patient who is found suitable for lung transplantation is placed on the waiting list. The patient is followed on the waiting list until a suitable donor is found. It is ensured that the health status of the patient is preserved and not worsened until the transplantation process takes place. In this process, patients are given oxygen and drug therapy. Transplant surgery is performed when a suitable lung is found for the patient.

General anesthesia is used in lung transplant surgery. The patient dose not feel pain or uncomfortable during the surgical procedure and his breathing is provided by the machine. Respiration of the patient connected to the machine is provided through a tube directed from the mouth to the trachea. During the surgery, an incision is made in the chest area and the rib cage is opened. The damaged lung of the patient is taken out. The healthy lung taken from the donor is placed in its place and the bronchi and vessels are connected to the transplanted lung. 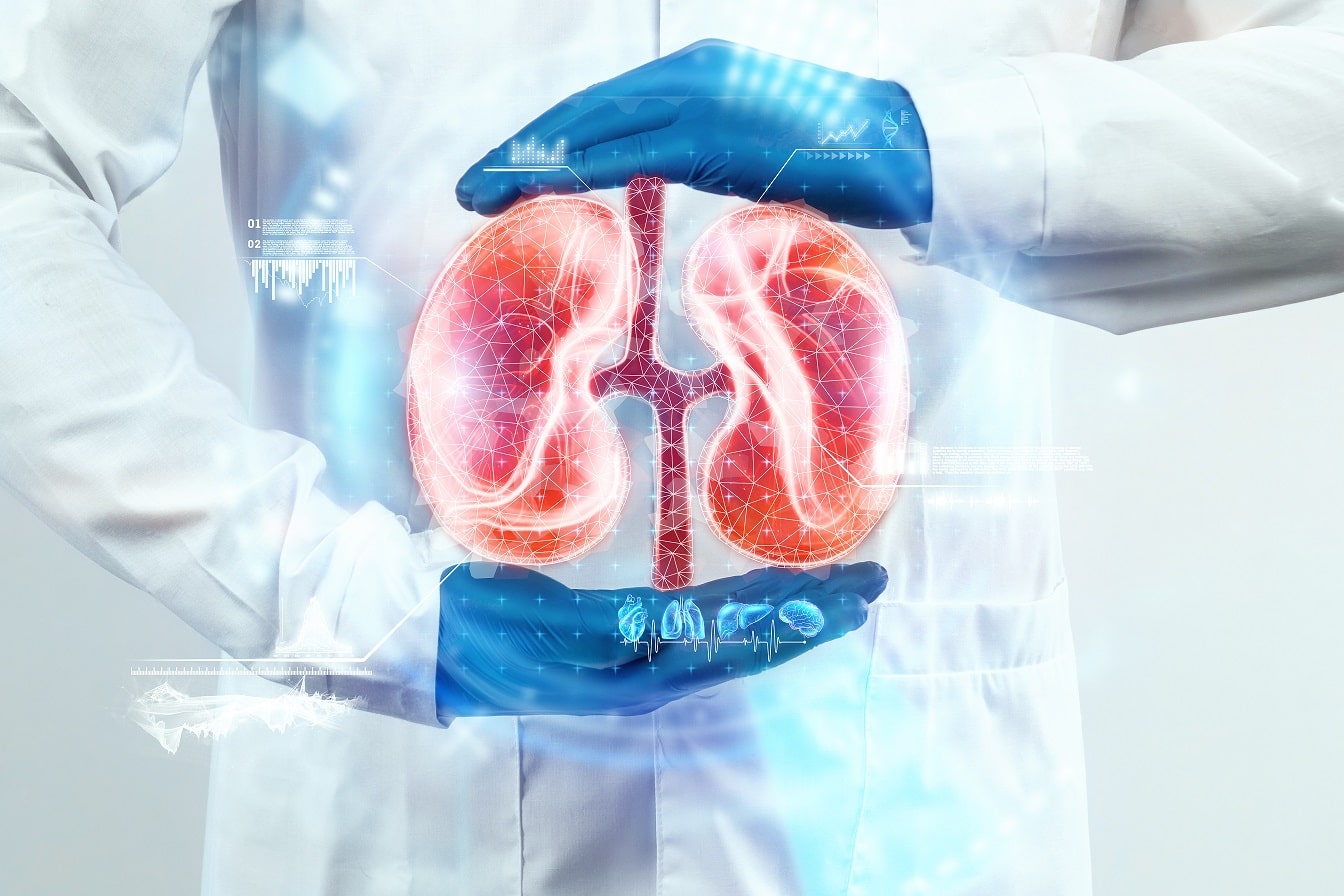 Kidneys take on important tasks in our body, such as filtration of blood, removal of waste products from the body through urine, and removal of toxins. Depending on the gradual loss of these functions of the kidneys, the kidneys may become inoperable. Failure of the kidneys to perform their functions results in kidney failure. Chronic kidney failure may develop due to diabetes mellitus, high blood pressure, kidney inflammation, and various urinary tract disorders.

Before the kidney transplant surgery, antibody tests are performed on the donor and the recipient, and the suitability of the kidney tissue is checked. Once eligibility is confirmed, surgery is performed. Kidney transplant surgery is performed under general anesthesia. The donor’s kidney is placed in the body through an incision made in the patient’s abdomen. If the patient’s kidney does not cause different risks to the body, it can be left in place. The veins of the placed kidney are also connected to the body. The connection between the kidney and the bladder is restored through the ureter.

Some risky situations can be seen after kidney transplant surgery. Some of these conditions are leakage in the ureter, obstruction of the ureter, blood clots in the kidney, and the immune system rejecting the new kidney. Kidney transplant surgery also has risk factors that can affect the health of the donor. Urinary tract infections wound infections, and pain at the surgery site is the most common problems.

After kidney transplant surgery, the patient is followed up in the hospital for about a week. It is expected for kidney functions to return to normal, to form urine, and to filter blood. It usually takes about 2 months for the new kidney to regain all its functions after kidney transplantation and for the patient to return to his normal life. Some drugs must be used to ensure the adaptation process after kidney transplantation. After the surgery, blood and urine analyzes are performed at regular intervals and the compatibility of the kidney with the body is checked. Drugs that suppress the immune system and facilitate the adaptation of the kidney to the body should be used for life after transplantation. In cases where drugs are not used regularly or use is interrupted, the body may reject the transplanted kidney and develop a defense mechanism against the kidney. In such cases, the patient’s condition may suddenly worsen, and all functions may be damaged. Surgery is performed when a suitable heart is found from organ donors. The process of finding a suitable donor can sometimes be long and difficult for the patient and their relatives. In this process, the expert team continues to apply the necessary treatments for the patient’s heart disease and prepare the patient for heart transplantation. Organ donation is of vital importance for such patient groups awaiting transplantation.

Since there is not enough organ donation, patients waiting for transplantation must wait for a long time until surgery and some of them even die because a suitable heart for transplantation cannot be found in sufficient time. For this reason, organ donation connects many patients to life. Thanks to organ donation, both a patient’s life is saved, and the donor’s relatives will have the peace of mind that they have a chance to live after the death of their loved ones.

Before the heart transplant, the heart to be transplanted undergoes some controls. When it is determined that the heart is suitable for transplantation, the transplantation process is started as soon as possible. During the transplant surgery, the patient’s heart is removed with the help of machines and a new heart is placed. Heart transplant surgeries are long and difficult surgeries. After surgery, patients can usually get up immediately and are discharged in about 4 weeks unless a complication develops. The most common complications in organ transplants are organ rejections and infections in the body. Serious drug treatment can be applied to prevent such situations. Regular physical activity, weight control, and lifestyle adjustments after transplantation are very important for the health of the patient. 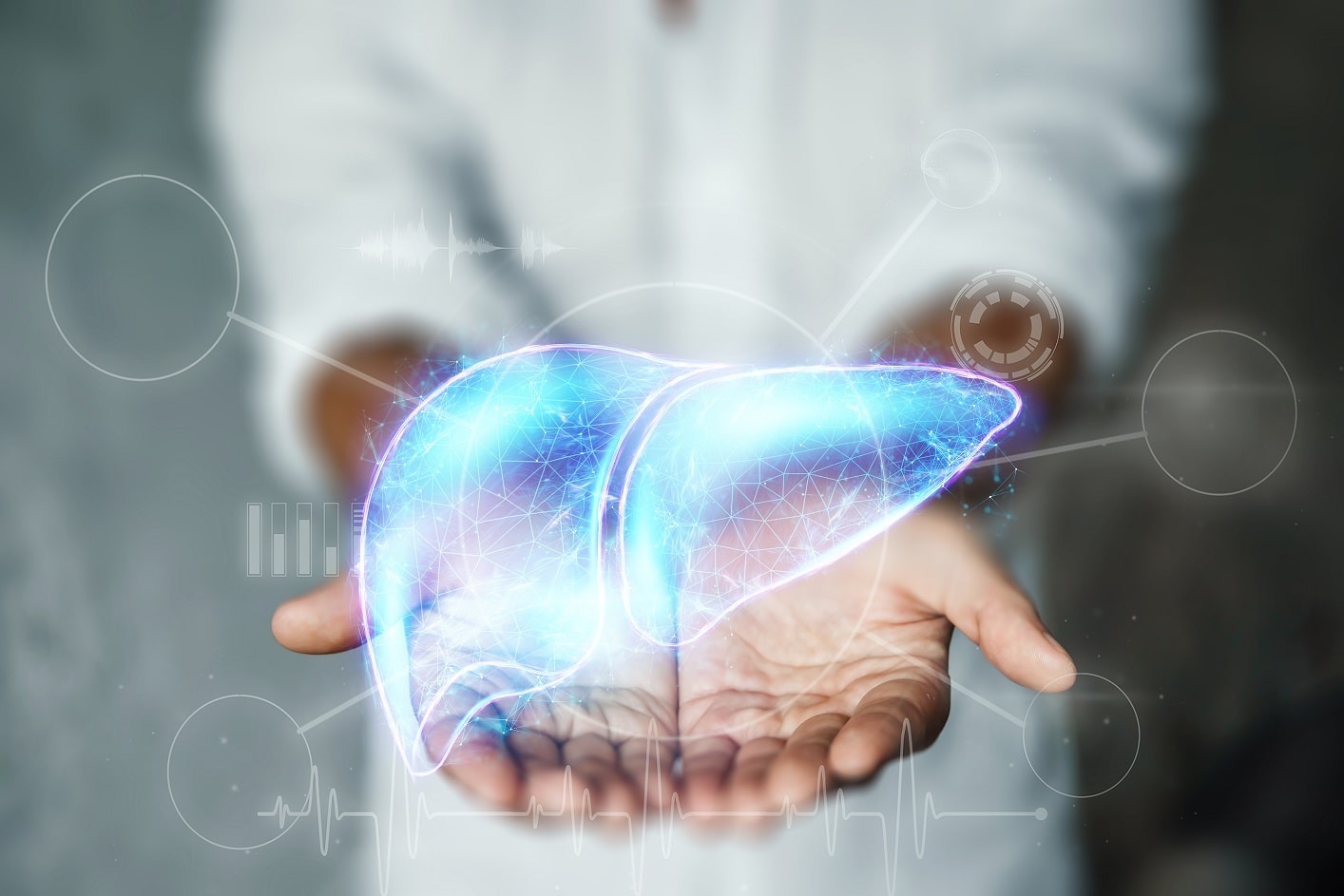 Liver transplant surgery is performed under general anesthesia. After the patient is placed in the supine surgical position, the bladder is emptied with the help of a catheter. In addition, breathing is provided through a tube placed in the lungs. The liver is reached through bilateral incisions made in the abdomen. The liver is removed from the body by removing it from the surrounding veins. The healthy liver taken from the donor is placed in its place. It is ensured that the new liver connects with the vessels and that the blood flow is regulated. Afterward, the connection between the bile ducts and the liver is established. A drain may be placed at the end of the surgical procedure to drain blood and fluid from the surgical site and prevent swelling. 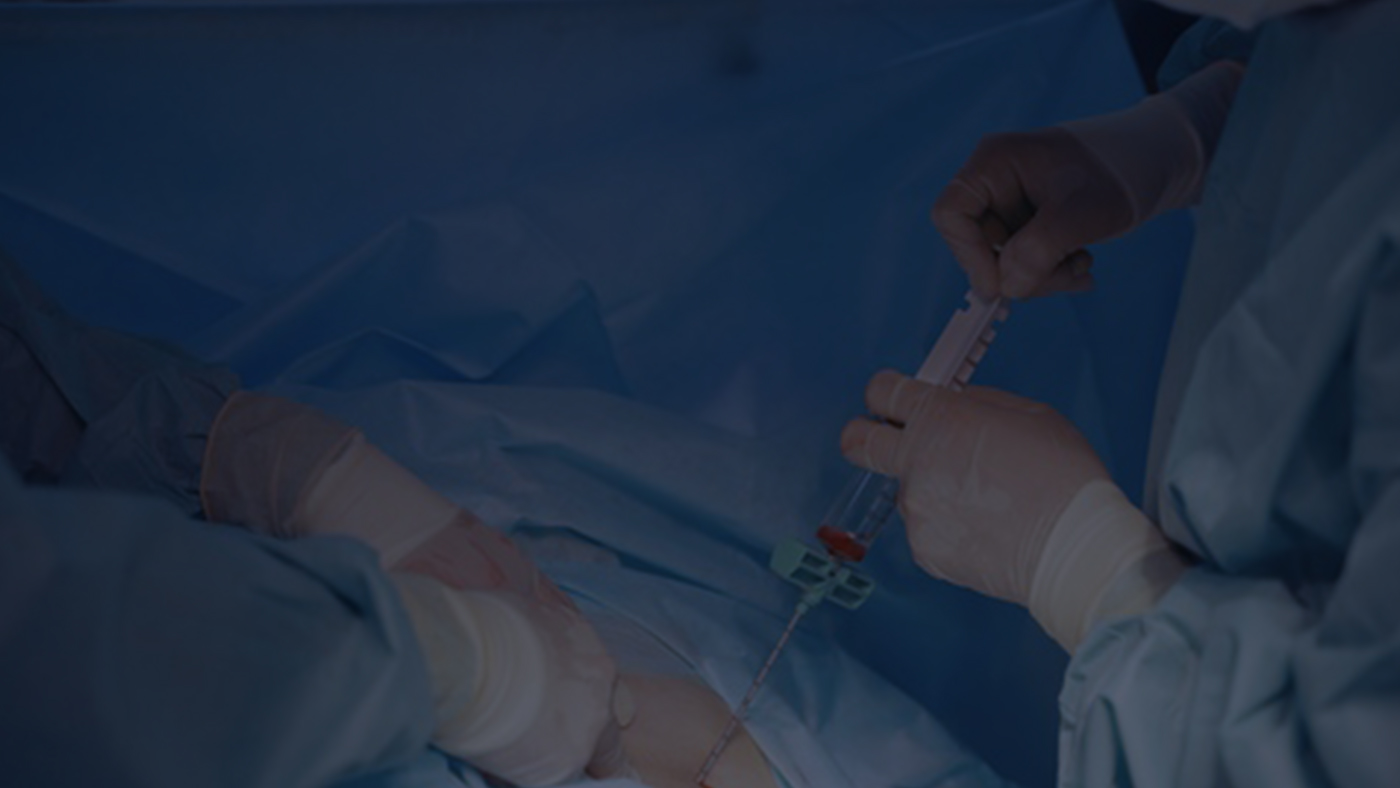 After a bone marrow transplant, it takes about 15 days for new stem cells to start producing blood cells. Until the patient produces his blood cells, he has to take blood cell supplements from the outside. It can sometimes take longer than expected for the immune system to return to normal after a bone marrow transplant. In such cases, the patient may experience different problems such as infections, organ damage, infertility, cancers, and cataracts. In addition, patients with bone marrow transplants need to pay attention to their health. Health problems such as hypertension, diabetes, or high cholesterol that may develop in future patients may worsen the condition of patients and cause delayed recovery.