Neurology is the branch of medicine that studies the nervous system and its diseases. In the field of neurology, the diagnosis and treatment processes of diseases such as cerebrovascular accident (CVO), multiple sclerosis, Parkinson’s disease, Alzheimer’s disease, epilepsy, migraine, sleep disorders, movement disorders, brain tumors, meningitis (inflammation of the meninges), vertigo, neuromuscular diseases, and entrapment neuropathies are carried out. Electrophysiological examinations such as neurological examination, radiological imaging methods, electroencephalography (EEG), and electromyography (EMG) are used primarily in the diagnosis and treatment of neurological diseases. Symptoms of neurological diseases are usually a headache, dizziness, weakness, and cognitive disorders.

Parkinson’s disease is a neurological disease seen due to a problem in the production of the neurotransmitter dopamine, which is produced in the brain and allows neurons to communicate with each other. The dopamine-producing cells (substantia nigra) in the brain ensure the coordination of the individual’s movements and the appropriate action. The most important symptoms of Parkinson’s disease, which affects dopamine-producing cells, can be listed as the inability to start movements, inability to stop started movements, slow movement (bradykinesia), and immobility (akinesia) and stiffness (rigidity) in the muscles.

Parkinson’s disease is thought to develop due to exposure to various chemicals and mercury, or genetic factors. Individuals with Parkinson’s disease often apply to the clinic with complaints such as fatigue, pain, weight loss, behavioral disorders, and psychological and cognitive disorders. The characteristic findings of the disease are tremor, bradykinesia, and akinesia. Disease symptoms appear gradually and progress over time. Although tremor is usually seen in the hands, thumbs, and chin, it can rarely be seen in different parts of the body. Bradykinesia occurs when there is difficulty in initiating and maintaining movement. The bradykinesia that occurs in the facial muscles causes a decrease in mimics and rapid speech without intonation. In addition to all neurological findings, different systemic findings are also seen in Parkinson’s disease.

The diagnosis of Parkinson’s disease is made by taking a detailed history and performing a neurological examination. For differential diagnosis, methods such as magnetic resonance imaging and lumbar puncture (removal of cerebrospinal fluid from between the lumbar vertebrae) are applied.

In the treatment of Parkinson’s disease, medical treatment is preferred first. The amount of dopamine, whose production has decreased in the brain, is tried to be replaced with the drugs given. Since dopamine cannot cross the blood-brain barrier, patients are prescribed drugs with the active ingredient Levodopa (L-Dopa) instead of dopamine. Although the disease cannot be completely cured with medical treatment, the progression of the symptoms can be slowed down. However, drugs used for a long time also have different side effects. In such cases, surgical treatment and implantation of a brain pacemaker may be recommended. In brain pacing surgery, electrical activity is regulated using electrodes placed in predetermined areas during the examinations performed on the brain. After brain pacing surgery, Parkinson’s findings such as tremors and bradykinesia decrease. In addition, patients are freed from side effects such as involuntary contractions associated with the use of levodopa. 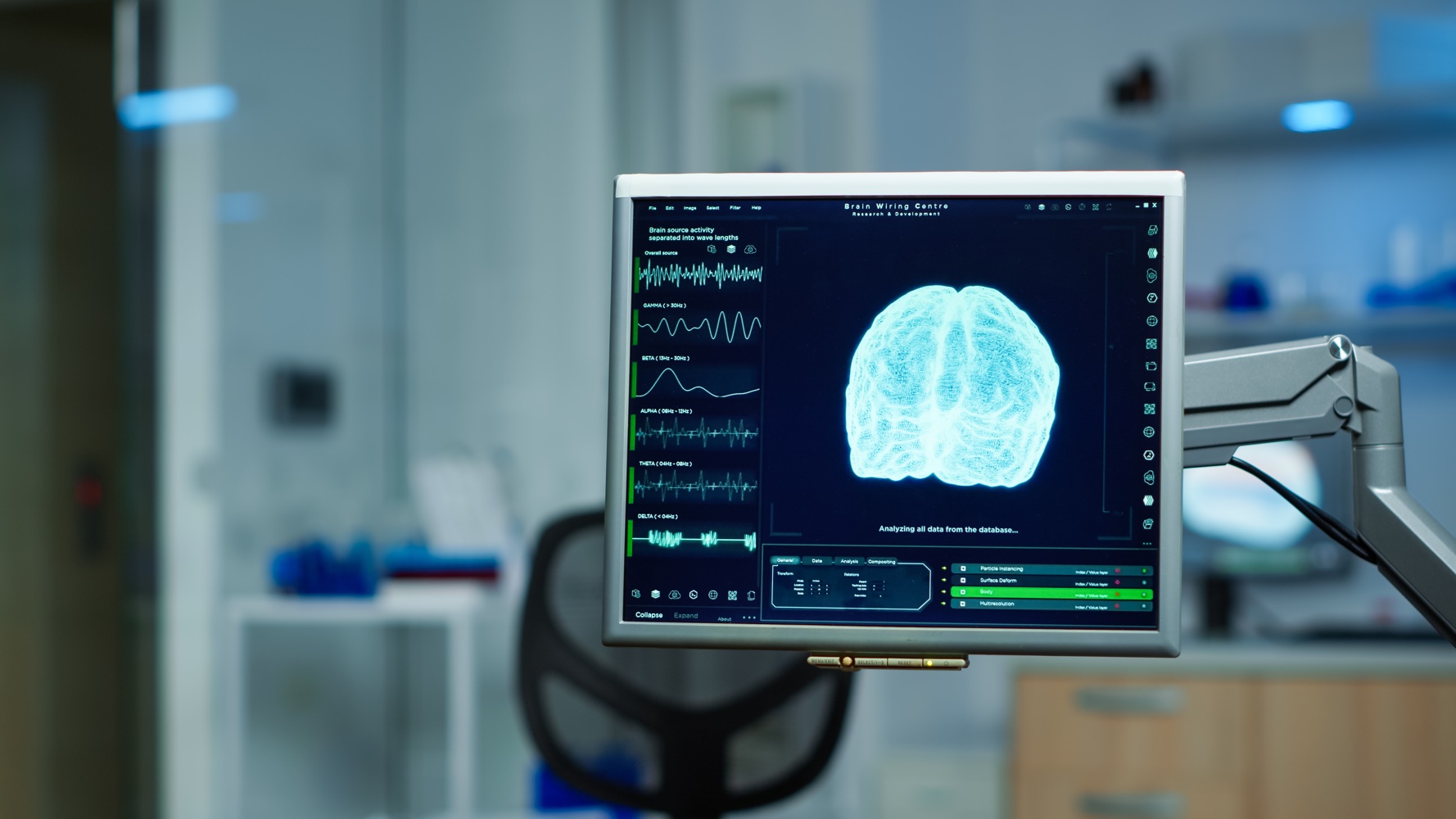 Stroke is more common in people with hypertension and diabetes, smokers, and those with cardiovascular disease. As a result of stroke, varying degrees of motor and sensory involvement, cognitive disorders, mood disorders, and pain are seen depending on which parts of the brain are affected and how much. Stroke patients often experience numbness and paralysis in certain parts of their bodies. Depending on the localization of the motor impairment, the patients’ gait disturbances and participation in activities of daily living are affected. In addition, patients may have speech and comprehension problems such as aphasia.

In the diagnosis of stroke, first, the patient’s condition is examined by performing a neurological examination. Then, the arterial disorder in the brain is evaluated with imaging methods such as computed tomography or magnetic resonance imaging. With these methods, it is determined whether the stroke is hemorrhagic or ischemic and which areas in the brain are affected.

Medical therapy is used acutely in the treatment of stroke. In the treatment of ischemic stroke, drugs are given to open the vascular occlusions to restore the nutrition of the brain. Depending on the size of the damaged area, the occluded vein can be opened through a catheter. Depending on the extent of the affected area in hemorrhagic stroke, surgical treatment may be preferred. If there is a lesion on the right side of the brain, paralysis is seen in the left half of the body, if there is a lesion on the left side of the brain, the picture of paralysis is seen on the right half of the body. Paralysis is seen in the acute period after stroke is of the flaccid type. The muscle tone has decreased, and the paralyzed side of the patient has become heavier. Spastic type paralysis usually develops after the flaccid period. In spastic paralysis, the muscle tone is higher than normal, and the affected body parts of the patient can be seen in different positions.

Controlling obesity, hypertension, and diabetes, regulating the diet, and acquiring regular physical activity habits are very important in the prevention of stroke. Alzheimer’s disease is a neurological disease that occurs with aging and progresses with cognitive dysfunction. With aging, neurons (nerve cells) and brain tissues are progressively damaged. Individuals with Alzheimer’s disease often apply to the clinic with the complaint of forgetfulness. Symptoms of the disease can be listed as memory loss, behavioral changes, and speech and orientation disorders. The interactions of neurons with each other ensure the healthy functioning of all our cognitive functions. Disruptions in this communication with damage to neurons affect different parts of the brain, causing many different symptoms to be seen. In Alzheimer’s disease, cognitive processes such as planning, thinking, learning, and developing new skills are impaired. Risk factors associated with Alzheimer’s disease can be listed as old age, female gender, low sociocultural level, and genetics.

The history taken from the relatives of the patient is very important in the diagnosis of Alzheimer’s disease. In addition, the patient’s cognitive functions are evaluated by using the Mini-Mental Test, which is one of the most used neuropsychological tests. The Mini-Mental Test enables patients to measure time and space perceptions, learning, remembering, and naming skills with numerical data. There are also different neuropsychological tests used in the clinic apart from the Mini-Mental Test. Electroencephalography (EEG), one of the neurophysiological evaluation methods, is used in the diagnosis of Alzheimer’s disease. In addition, imaging methods such as computed tomography (CT) and magnetic resonance imaging (MRI) are used to detect damaged areas in the brain of patients. One of the methods used for early diagnosis of Alzheimer’s disease is a lumbar puncture (removal of cerebrospinal fluid from between the lumbar vertebrae).

Medical therapy is often preferred in the treatment of Alzheimer’s disease. The disease is progressive and there is no cure. However, the drugs used allow symptomatic treatment. Some lifestyle changes need to be made from the moment the patient is diagnosed. Cognitive exercise therapies, memory exercises, and regular physical activity that patients will apply help improve their mental capacities. In addition, the diets of patients should be rearranged. Patients should be fed a diet rich in fiber-rich foods and poor in milk and dairy products.

Relatives of individuals with Alzheimer’s disease should take care of the patients throughout the whole process. Due to increasing communication problems, patients should be prevented from feeling lonely. Relatives of patients should also be prepared for problems such as outbursts of anger and aggression that may occur in the later stages of the disease.