All diseases related to the eye and tissues around the eyes, which may occur due to genetic reasons, diseases, environmental factors, and cause visual disturbances, are examined under the heading of eye diseases. Since the eye, which is one of our basic sense organs, is adjacent to vital organs such as the brain, eye diseases can pose life-threatening risks. However, the eye is a sensitive organ prone to injury. For this reason, people who experience symptoms such as eye pain, stinging, excessive dryness, excessive tearing, persistent itching, unusual redness, burning sensation, and decreased vision should consult a specialist doctor as soon as possible. Such findings can be a precursor to many serious or even vital eye problems. Orbita means eye socket. Orbital surgery is the name given to all the surgeries performed for many problems such as diseases, injuries, infections, congenital anomalies, and tumors. Many different diseases affect the eye socket due to many different causes. The most common of these are Graves’ Disease, orbital inflammations, orbital injuries, and orbital tumors. This disease, known as Graves’ Disease or thyroid orbitopathy, is the function and deformity of the eye caused by diseases of the thyroid gland, which plays a role in our hormone secretion and plays a major role in the regulation of our functions related to our metabolism. It is usually seen in hyperthyroidism, which causes the thyroid gland to secrete excessive hormones. In this type of patient, problems such as excessive prominence of the eyes (exophthalmos), the excessive opening of the eyelids, decreased vision, strabismus, and double vision are encountered. The severity of the disease can vary from person to person. While the disease may progress with mild symptoms in some patients, it may give serious findings that may even cause vision loss in some patients. The surgical treatment process is planned and applied according to the course and severity of the disease. Another disease that can be treated by orbital surgery is orbital inflammation. Eye socket inflammations can occur due to immune system problems, which is the body’s immune system, due to trauma, bacterial causes, and viral causes. Trauma is the most common cause of orbital inflammation. However, bacterial, and viral causes often develop due to sinus inflammation in children. Although this type of inflammation can often be controlled with the help of drugs, sometimes drug treatment may not be enough. If deemed necessary, surgical treatment may be a suitable option for the treatment of orbital inflammations. Apart from this, eye socket tumors can also be solved by surgical treatment. A tumor that forms in the eye socket has the danger of spreading to the surrounding vital organs such as the brain. In such cases, early surgical intervention both prevents the spread of the disease to other systems and facilitates the treatment of the disease. Another problem with surgical treatment is orbital injury. Eye socket injuries can be life-threatening due to vital organs such as the brain around them. The eye can also be greatly affected by orbital injuries. Considering all these risks, a diagnosis and treatment procedure are established, and surgery is performed. 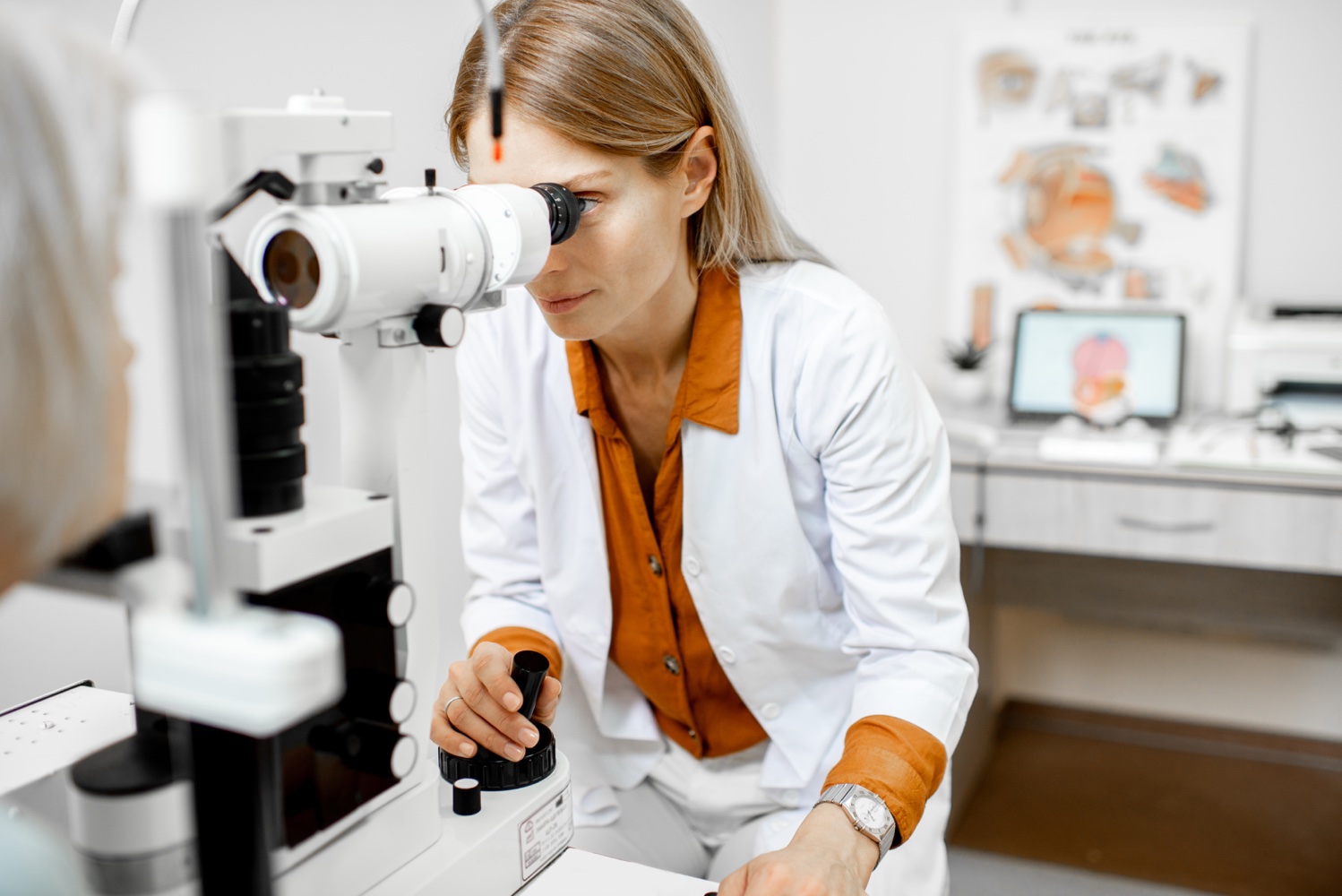 It is the condition of loosening and sagging of the tissues of the eyelids due to age, called dermatochalasis. This situation, which is usually seen on the upper eyelids, results in bagging on the eyelids and sagging skin, resulting in narrowed visual fields and aesthetic problems. The problem of drooping eyelids, called ptosis, may also accompany tissue sagging in some patients. Symptoms such as a feeling of heaviness around the eyes, forehead pain, eyebrow pain, narrowing of the visual field, and difficulty in reading occur in patients with this problem. All these problems can be treated with eyelid surgery called blepharoplasty. To obtain a successful result from this surgery, first, a detailed eye examination should be performed by the specialist physician to determine whether the patient has any other eye problems, how far the eye problem has progressed, and whether it causes other accompanying complications. Dry eye in some patients and diseases affecting the outer layer of the eye can be an obstacle to this type of surgery. Since these types of surgeries are mostly applied to patients over a certain age, other extraocular diseases that the patient may have and the drugs he uses are also evaluated by the physician, and necessary arrangements are made if deemed appropriate. Depending on the patient’s condition, the physician decides whether the anesthesia will be local or general. Although this type of operation is usually performed with the help of local anesthesia, it can be performed with general anesthesia in line with the doctor’s opinion or the patient’s condition. As a result of these evaluations, if the patient is suitable for the surgical procedure, treatment begins. Surgical treatment takes 30-50 minutes on average, but this may vary depending on the patient’s condition. During surgery, excess skin that droops on the eyelid of the patient under anesthesia and obstructs vision is determined. This marked skin part and fat tissue, if any, are removed by the surgeon. After the relevant place is closed by suturing, the incision is closed with the help of thin tapes and the surgery is completed. Ice compresses are applied to control edema and bleeding after surgery. The eyes should not be touched with water for the first 1 week after surgery. Stitches are removed after 1 week. Artificial tear drops should be used for 1 month. When the healing process is completed, the patient gets rid of the excess skin, the visual field is enlarged, and he continues his life with a more aesthetic appearance. 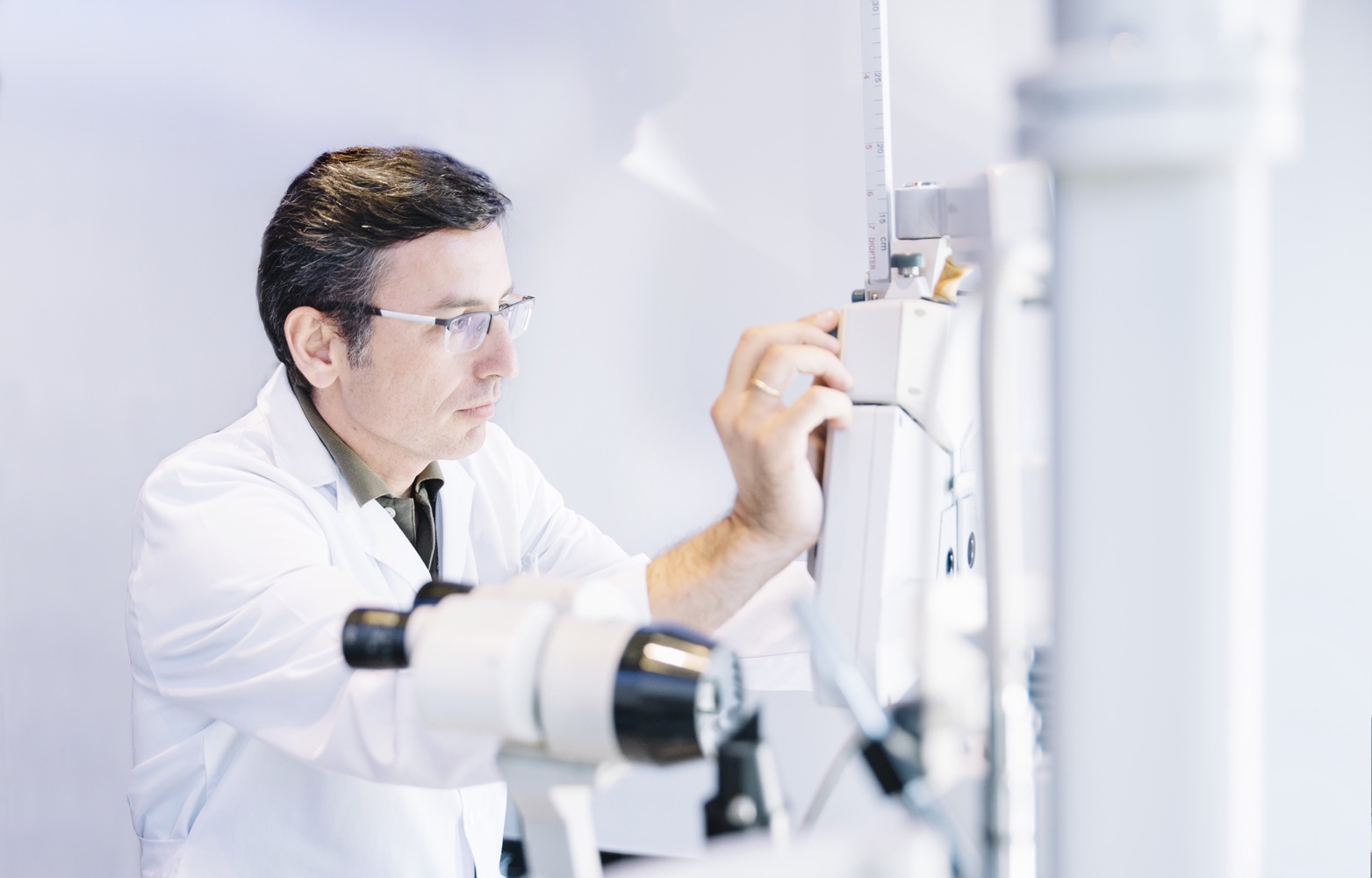 Eye problems have been difficult to treat for a long time since the eye is a sensitive and small organ. Today, with the development of technology, laser applications can be used in the treatment of eye problems. In line with physician reviews, patients with a profile suitable for laser treatment can receive this treatment. Thanks to this treatment method, known as the excimer laser and popularly known as eye scratching, eye problems can be solved permanently. Thanks to laser applications, refractive errors such as myopia, hyperopia, and astigmatism can be treated simply. Among them, myopia is a disease that causes the patient to be unable to see far but can see nearby objects. The patient confuses distant objects or texts, needs to squint constantly, and feels eyestrain and headache. Hypermetropia is a disease that causes the person to be unable to see the nears clearly but can see the nears. The patient sees nearby objects blurred and the letters mixed while reading the text. He squints his eyes to see the writings or objects more clearly and tries to read the text by moving it away. After a while, the person may experience eye pain, headache, and burning sensation in the eyes. If left untreated in children, it can cause strabismus at later ages. Astigmatism, one of these diseases, is the problem of blurry or double vision, regardless of the distance or closeness of the object, due to deformities in the transparent structure of the cornea, which is in the outermost layer of the eye. Patients with astigmatism may experience symptoms such as headache, eye pain, deterioration in horizontal and vertical lines, and increased blurring as the distance increases. Apart from these, the treatment of stains in the cornea, which is the outermost transparent layer of the eye, and some types of strabismus are also possible with laser treatment. Due to this type of eye disorder, patients have to wear glasses all the time. The fact that patients need glasses even to carry out their simple daily tasks is a situation that disrupts comfort and sometimes even affects their daily lives and can interfere with their work. Today, with the increase in the use of lenses, some patients who are suitable for use prefer lenses instead of glasses. However, it has disadvantages such as both the difficulty of use and the risk of infection if not used correctly. Thanks to excimer laser technology, patients get rid of these problems in a short time and begin to see clearly.